Bill Moyer: TRUTH on Plutocracy (Just in case you missed it the first time around) 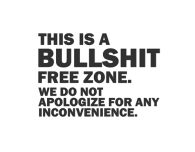 You know what they want? They want obedient workers. Obedient workers, people who are just smart enough to run the machines and do the paperwork. And just dumb enough to passively accept all these increasingly shitty jobs with the lower pay, the longer hours, the reduced benefits, the end of overtime and vanishing pension that disappears the minute you go to collect it, and now they’re coming for your Social Security money. They want your retirement money. They want it back so they can give it to their criminal friends on Wall Street, and you know something? They’ll get it. They’ll get it all from you sooner or later cause they own this fucking place! Its a big club, and you ain’t in it!  You, and I, are not in the big club. (READ MORE)

Political one-upmanship is on the rise in Washington DC. Congressional Republicans are planning an attempt to circumvent President Obama to hasten the approval of TransCanada’s controversial Keystone XL pipeline.

Republicans last month used Keystone XL as leverage to pass economic stimulus, which President Obama signed into law. Obama is now compelled to make a decision on the pipeline, which crosses international boundaries, by February 21. The State Department was expected to spend several years deliberating its approval.

The stage is set for a showdown. The Administration has questioned whether Congress’s 60-day deadline could run afoul of environmental laws, and the GOP is drafting legislation that would exert Congress’s authority to regulate commerce with foreign nations if the White House denies TransCanada a permit (READ ON…)

To protest a bill that would require women to undergo an ultrasound before having an abortion, Virginia State Sen. Janet Howell (D-Fairfax) on Monday attached an amendment that would require men to have a rectal exam and a cardiac stress test before obtaining a prescription for erectile dysfunction medication.

“We need some gender equity here,” she told HuffPost.

The reality is that Whitehouse’s bill stands next to no chance of becoming law. Republicans overwhelmingly oppose it and Senate Democratic aides said privately they don’t expect GOP support for it.

And, my response to all of this…. to quote the great philosopher David Byrne, “Same as it ever was…”

Cross Posted on All Things Democrat