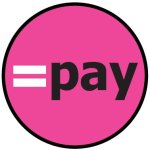 April 8, 2014 is Equal Pay Day.  It is the symbolic day when women’s earnings finally catch up to men’s earnings from the previous year. Thanks to the gender pay gap, it takes women an extra three months of wages to make up that 23-percent difference.

The Fair Pay Act (S.168, H.R.438) is sponsored by Senator Tom Harkin (D-IA) and Delegate Eleanor Holmes Norton (D-DC). It seeks to end wage discrimination against those who work in female-dominated or minority-dominated jobs by establishing equal pay for equivalent work. For example, within individual companies, employers could not pay jobs that are held predominately by women less than jobs held predominately by men if those jobs are equivalent in value to the employer. The bill also protects workers on the basis of race or national origin. The Fair Pay Act makes exceptions for different wage rates based on seniority, merit, or quantity or quality of work. It also contains a small business exemption. and The Paycheck Fairness Act (S.84, H.R.377)

The Paycheck Fairness Act (S.84, H.R.377), sponsored by Senator Barbara Milkuski (D-MD) and Representative Rosa DeLauro (D-CT), strengthens and updates the Equal Pay Act of 1963. The bill expands damages under the Equal Pay Act and amends its very broad fourth affirmative defense. In addition, the Paycheck Fairness Act calls for a study of data collected by the EEOC and proposes voluntary guidelines to show employers how to evaluate jobs with the goal of eliminating unfair disparities. The bill was passed by the House of Representatives on January 9, 2009. It was defeated in the Senate on a 58-41 procedural vote on Nov. 17, 2010 and again on June 5, 2012 on another 52-47 procedural vote that was strictly along party lines.

Why Congress MUST ACT to close the wage gap for WOMEN.

The-Simple-Truth About the Gender Pay Group. 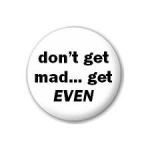